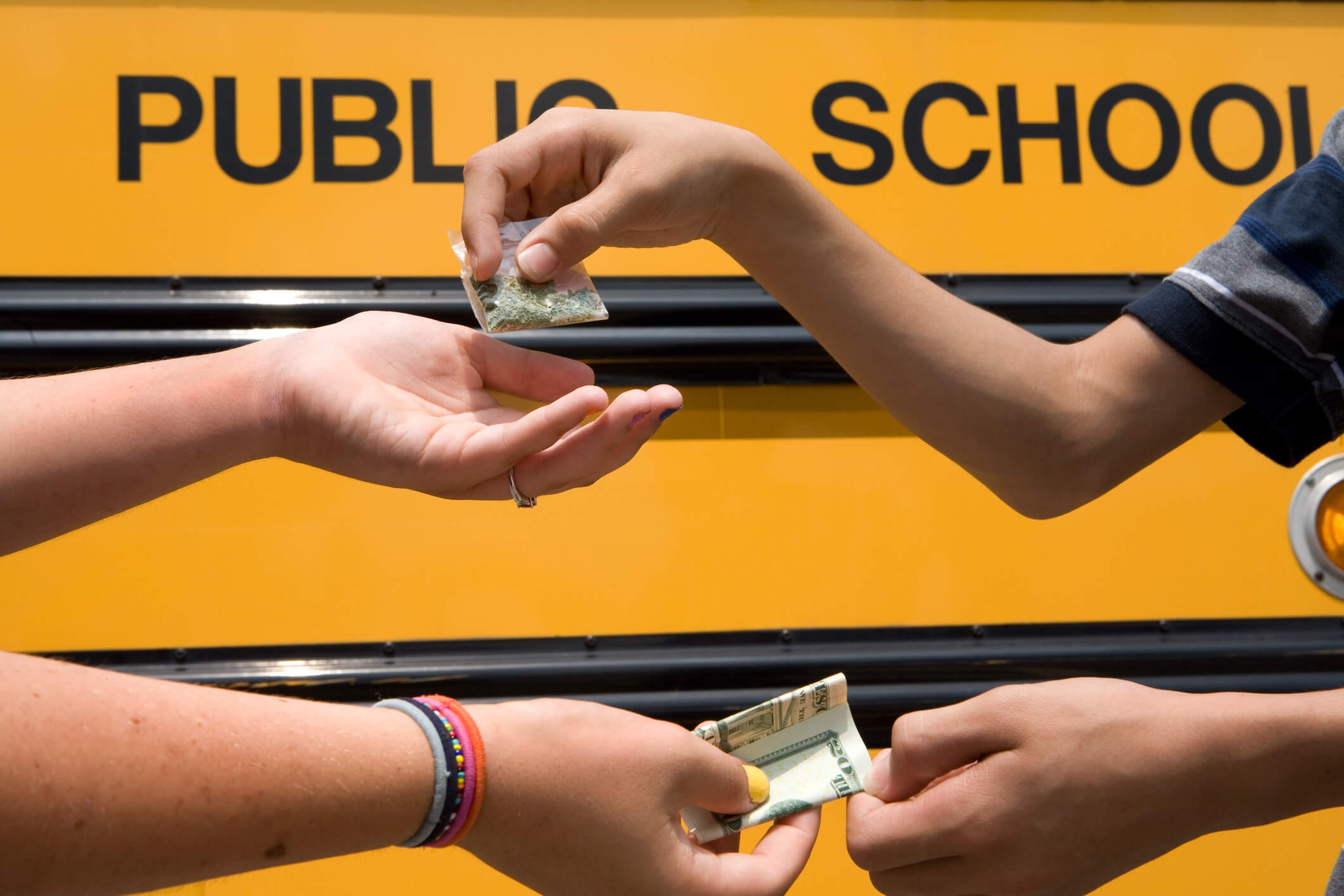 Although most drug charges faced by those between the ages of 10 and 18 in Colorado are processed through juvenile courts, the penalties for these offenses can still be severe and include fines, probation, detention in a youth corrections facility, and even jail time.

In this post, the Denver criminal defense lawyers at Wolf Law focus on how Colorado handles juvenile drug charges, examine potential penalties for these charges, and discuss how a criminal defense attorney can help if your child is charged with a drug-related offense.

Thousands of youth face drug charges each year in Colorado. According to the Colorado Bureau of Investigation, there were 2,673 juvenile arrests for drug violations in 2016, the last full year for which statistics are available.

The top three drug-related offenses faced by Colorado youth, based on data from the Colorado Judicial Branch, are:

While paraphernalia possession is considered a petty offense that carries only a fine, other drug violations may be charged as misdemeanors or felonies.

Colorado law states: “A juvenile may be taken into temporary custody by a law enforcement officer without order of the court when there are reasonable grounds to believe that he or she has committed a delinquent act.”

In most cases, state and federal crimes involving a minor (including drug charges) fall under the jurisdiction of Colorado’s juvenile court system. However, some juvenile drug offenses are within the dominion of county courts; these include:

Drug charges are broad in scope and range from petty offenses to felonies. Juvenile marijuana possession of 1 ounce or less, for example, is a petty offense that is processed through the presiding county court. Charges relating to the manufacturing or distribution of drugs are more often misdemeanors or felonies that are handled via Colorado’s juvenile court system.

There are instances in which a minor may be transferred from juvenile court to district court and prosecuted as an adult. Factors that affect this decision include:

The process to try a juvenile as an adult is initiated through a juvenile court transfer hearing or a direct file in district court. In Colorado, a juvenile may be tried as an adult from age 12 and up if the charges are for a class 1 or class 2 felony.

Depending on the charges, minors found guilty of drug crimes in Colorado face significant penalties that could include but are not limited to:

Furthermore, according to the Colorado Compilation of School Discipline Laws and Regulations, “the use, possession, or sale of a drug or controlled substance” may be grounds for suspension or expulsion of a child from public school. This is true even if the violation occurred off school property. Teens facing certain drug-related charges could also have their driving privileges suspended or revoked.

If your child is facing drug charges, it’s advisable to consult with a knowledgeable criminal defense lawyer who has experience with both drug-related cases and juvenile offenses. Depending on the severity of the charges and whether the case is tried in juvenile or district court, a conviction could follow a young offender into adulthood.

The Denver criminal defense attorneys at Wolf Law have extensive experience helping Coloradans—including juveniles—who are confronted with drug charges. Please call us today at 720-479-8574 to arrange your free, no-obligation consultation or contact us online to tell us your story now.