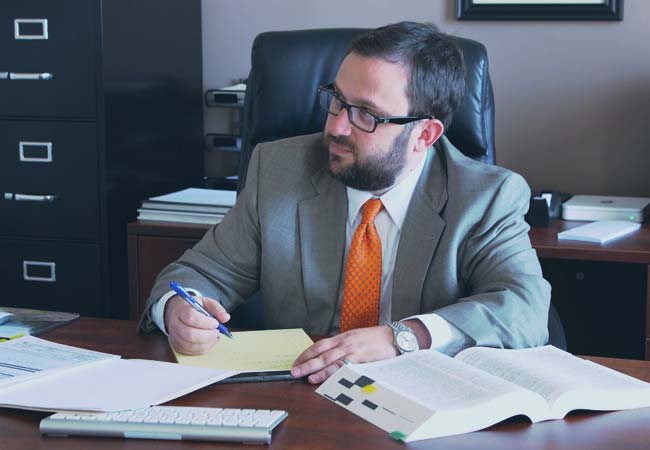 Jeffrey Wolf is the founder and managing partner at Wolf Law. Mr. Wolf founded Wolf Law in order to provide excellent and compassionate criminal defense to anyone accused, investigated or facing criminal charges. Mr. Wolf was born, raised, schooled and continues to live in the Denver metro area. Having lived and worked in Colorado his entire life, Mr. Wolf has built an extensive network in the area that his clients benefit from. Mr. Wolf is truly a “Denver lawyer.”

Jeffrey Wolf is a trained, skilled criminal defense attorney. Mr. Wolf’s entire career has been built around the defense of the accused. After getting his undergraduate degree in political science, Mr. Wolf immediately entered law school where he worked for a District Court Judge in Denver and some of the best criminal defense attorneys in the country. After graduating from law school, Mr. Wolf immediately entered the criminal defense field at the Colorado State Public Defender’s office. Frustrated by the lack of time to give personal attention to each client, Mr. Wolf entered private practice and has been representing his clients ever since. His dedication to his clients shows, as he has won AVVO Client’s Choice for three consecutive years from 2014-2016. Mr. Wolf has handled thousands of criminal and traffic cases throughout the state of Colorado, including many cases taken to trial with overwhelmingly favorable results. Mr. Wolf has handled a variety of cases throughout his career, both misdemeanor and felony, to include:

Jeffrey Wolf is the right attorney to listen to you, help you and represent you as your attorney. He takes the responsibility of his job and the trust of his clients very seriously and will fight for you every step of the way. No matter your situation, Jeffrey Wolf is the attorney for you.

100% of Practice Devoted to Litigation

University of Colorado at Boulder
Bachelor of Arts, Political Science, 2003

Wolf Law was very helpful in fulfilling my personal needs. Colleen Kelley knew how to approach my case and made me feel better about my results in the bargain. I would recommend her to anyone with criminal trouble; she is an amazing lawyer.

Jeff provided excellent legal advice and guided my situation to a very desirable outcome. He was in frequent contact via phone and email throughout the process, answered all of the questions that I had, and gave me the ability to confidently choose the best outcome for my circumstances. Legal issues are scary, complicated, and stressful but Jeff reduces all those negatives and makes you feel like someone has your back. Would highly recommend his services if you ever find yourself in need of criminal defense.

I had the pleasure of working with Cassandra on a petition I was making to the court. Cassandra’s representation was amazing. She communicated exactly what would be required of me. She set realistic expectations of how the process would work and kept me updated on where my petition was i the judicial process. I give Cassandra Monahan and Wolf Law my highest recommendation if you need someone on your side in the judicial system.

Thank you Cassandra for everything you did. I appreciate you!!!

I Couldn’t Have Asked for a Better Lawyer

Until the night of my DUI, I had never been in trouble before so one could only imagine how scared I was. Facing a DUI with a possible felony/assault charge, I honestly wasn’t sure how I was going to get through it all. I happened to find Jeffrey Wolf through another lawyer. After meeting with him in person, I knew immediately that he was going to help me. I was a complete wreck from day 1 and yet he made me feel at ease with every meeting, phone call and court appearance.

One of the traits I appreciated most was his honesty. Mr. Wolf told me straight up from the beginning what could happen and what I was facing but reassured me that he would do everything he could to get me through it with the best outcome. Having him there with me through this process and through every court appearance with him by my side made it easier to handle and I am so grateful to have worked with him. At the end of it all, I was able to get probation with a deferred judgment on my case. I would absolutely refer Mr. Wolf to any of my friends and/or family!