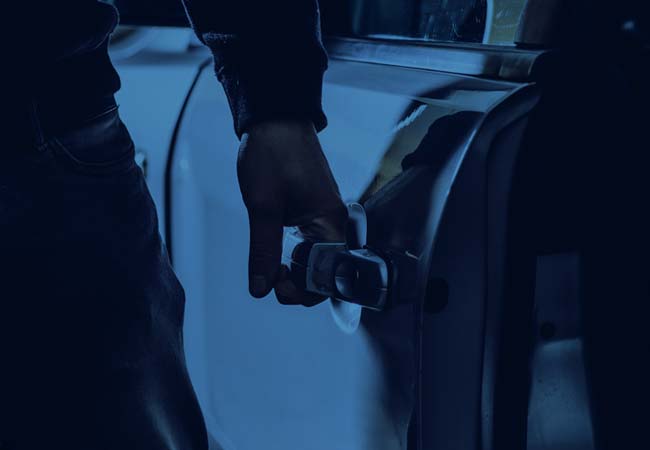 Shoplifting may seem like a minor offense, but it is still a theft charge that may have life-changing consequences. A theft conviction can come with jail time and steep fines, and it can affect your ability to find employment.

Don’t let a shoplifting-related theft charge derail your future. The Denver criminal defense attorneys at Wolf Law have extensive experience helping those charged with theft find just resolutions to their cases and move forward with their lives.

If you’re facing theft charges in the greater Denver area, call Wolf Law today at 720-479-8574 for a free consultation or contact us online to tell us your story now.

Colorado defines theft, which includes shoplifting, in Article 4 of the Colorado Revised Statutes.

“A person … knowingly obtains, retains, or exercises control over anything of value of another without authorization or by threat or deception; or receives, loans, money by pawn or pledge on, or disposes of anything of value or belonging to another that he or she knows to believe to have been stolen…”

Theft is a broad legal term used to describe several acts, including shoplifting. Colorado’s statutory intent law makes it clear that shoplifting is a type of theft:

“If any law of this state refers to or mentions larceny, stealing, embezzlement (except embezzlement of public moneys), false pretenses, confidence games, or shoplifting, that law shall be interpreted as if the word ‘theft’ were substituted…”

However, the law is written in a way that gives room for situations that could lead to trouble for some shoppers. For example, switching price tags or damaging merchandise are considered forms of shoplifting.

While some perceive shoplifting to be a minor crime, shoplifting penalties can be far-reaching. In addition to criminal changes, business owners or theft victims can pursue civil litigation to compensate losses and punish offenders.

Shoplifting and Theft Penalties in Colorado

The penalties for shoplifting depend on the value of the stolen item(s). Based on the Colorado Revised Statutes, theft is categorized and penalized as follows:

Aggravating factors such as resisting arrest, use of force to acquire stolen items, or several theft charges in a short period of time can enhance the penalties.

Even if you’re a first-time offender, shoplifting and theft penalties can be severe. Protect yourself and your future by working with an experienced criminal defense attorney.

The compassionate attorneys at Wolf Law have handled numerous shoplifting and theft cases throughout the Denver metro area and Colorado. We know that people make mistakes, and we understand the unique challenges these charges create for individuals.

Depending on your circumstances, you may qualify for a criminal diversion program, which are available to youths and adults alike. These programs can aid those struggling with mental health problems, disorders like kleptomania, drug abuse, and more.

If you or a loved one is accused of shoplifting or is facing other theft-related charges, call Wolf Law today at 720-479-8574 for your free consultation or contact us online to get started now.

Jeff Wolf and Cassandra Monahan were wonderful to work with. Very professional and thorough.

I was arrested in May 2014 for a warrant that I had since 2010 for DUR, I was facing a six month jail sentence that would have caused me to lose my business, home, as well as once again re-offend me. After countless calls and conversations and meetings with numerous attorneys I was referred to Jeffery Wolf. By simply speaking with him over the phone I felt a little at ease, until I met with him and after that I was completely at ease. He made feel the way an attorney is suppose to make a client feel. He was extremely personable, caring, honest, completely honest, and very detailed as to what his process is and what will take place in court.

On the day of my hearing Jeff arrived a little early and had me wait in the hallway while he stepped into the court room and went to bat for me. The result was a 0 point violation allowing me to keep my DL, a six-month jail sentence reduced to 90 days in-home detention, and a $67 fine, which was way more than I expected.

I highly recommend Jeff he is an excellent attorney that takes your case as serious as you do. I hope I never have to hire an attorney again but if I do without a doubt Jeffrey Wolf will be my first and only thought.

I am very pleased with the outcome of my court case. Colleen Kelley kept me informed on the various process and was successful in removing my name from sex offender registry. I highly recommend Colleen Kelley if you need a lawyer.

I had been referred to Jeff from a family member and sure glad I was. Jeff takes his time to make sure I was aware of what is going on. Very kind and professional, great at what he does on helping people. Thank you Jeff for all your hard work.

Also thank you to Cassandra for also handling the DMV side I can’t tank you enough for helping me with that also.

At first I was unsure, working with attorneys can be so stressful and difficult to gauge if they can help you effectively. I used this firm for two different cases and I was glad that they were reasonable and didn’t tell me falsehoods. Straight to the point and don’t promise you rainbows and butterflies. That is what you want: a straight up lawyer who doesn’t give you nonsense. Be patient, they will help you and you can feel like they forgot; but that’s just how this stuff goes. Court cases take time and they have many clients, its nothing personal. When we went to court everything was laid out for me to understand and I think they prepared for each task. Each case was handled professionally and they answered all my questions. Thank you, Cassandra and Colleen