As Seen On CourtTV 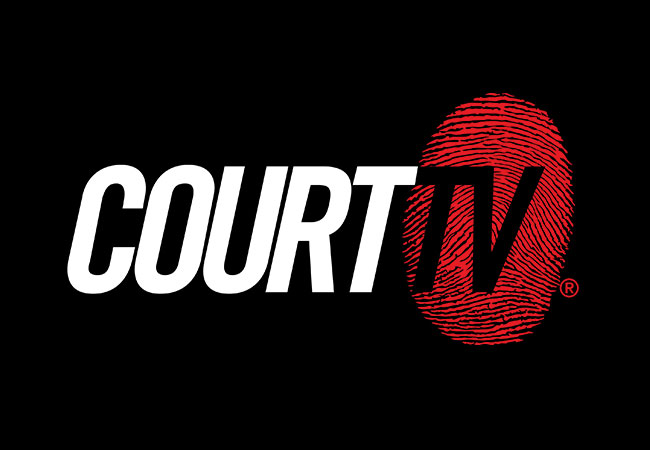 Dylan Redwine was visiting his father for the Thanksgiving holiday in 2012 when he disappeared. On two separate occasions, Dylan’s remains were found within eight miles of his father’s home in Plata County, Colorado.

This week, after delays that were exacerbated by COVID-19, Mark Redwine, who was arrested for murdering his son in 2017, is expected to begin court proceedings.

Despite unfavorable forensic evidence, including Dylan’s blood in and around the Redwine property, Mark Redwine maintains his innocence, speaking openly to reporters and even pleading his case on Dr. Phil in 2013.

In a recent Court TV interview, Wolf discussed how press coverage can change the optics of a high-profile case and reviews strategies the defense might use to improve Redwine’s presentation in court.

Nearly five years after a 13-year-old boy disappeared while on a court-ordered visit with his father in Colorado, Mark Redwine has been charged with murdering his son.

According to the indictment, Dylan Redwine was visiting his father in La Plata County for the Thanksgiving holiday in 2012 when he disappeared.

In June 2013, some of Dylan’s remains were found on a road about eight miles from his father’s home, and more than two years later, hikers found Dylan’s skull one and a half miles away from where his partial remains had been found.

In a recent interview on Court TV, Denver defense attorney and Court TV correspondent Jeffrey Wolf discusses the details of the case: “The amount of time an investigation takes is always going to be relevant. If it’s so obvious that a jury should come back guilty here, why wasn’t it so obvious to law enforcement for four and half years?”

After the remains of Chad Daybell’s new wife’s two children were unearthed in his rural Idaho yard, suspicion over the death of his former wife, Tammy Daybell, may find its way into Chad Daybell’s court proceedings. Investigators are looking into the nature of Tammy Daybell’s sudden death last October due to allegedly natural causes. She was 49 years old.

According to Denver defense attorney and Court TV correspondent Jeffrey Wolf, “Instead of changing venue like they probably should, what the judge will do is ask if people can set it aside, and can you be fair even though you know about [Tammy]…that’s the big problem here, this small town is going to know everything…”

Oprah Winfrey is making her voice heard in Louisville, Kentucky, with 26 billboards demanding justice for Breonna Taylor, who was shot and killed by local police earlier this year. Taylor’s family is pursuing a civil case against the officers who, without warning, raided Taylor’s home. Can the officers be held criminally responsible?

“With the extreme political and social pressure surrounding this case, if there’s a way to file [criminal] charges, they’re going to do it,” said Denver defense attorney and Court TV correspondent Jeffrey Wolf. “Because justice is being demanded and not by just Oprah…we need to take action…”

Former MAXIM model, Kelsey Turner, faces murder charges for the death of Dr. Thomas Burchard, a 71-year-old psychiatrist. According to police, Burchard had an intimate relationship with Turner and paid rent on a Las Vegas home where Turner lived with her boyfriend and roommate. Domestic violence charges were filed against Turner’s boyfriend about a month before the couple allegedly killed Burchard. Was Turner under the violent control of her boyfriend when the murder took place?

“That’s exactly what they’re going to say,” said Denver defense attorney and Court TV correspondent Jeffrey Wolf. “This is the best defense for her, and it’s also very likely what happened.”

Denver defense attorney and Court TV correspondent Jeffrey Wolf weighs in following the release of new body camera footage taken during the arrest of George Floyd in Minneapolis. At what point in the arrest did it go from lawful to unlawful?

“He is begging for mercy, begging for some humanity the entire encounter, and he doesn’t get it,” said Wolf. “Essentially, he’s mugged by officers…for an alleged counterfeit twenty-dollar bill. There isn’t a time when it turns criminal…this is criminal from start to finish.”

Defense attorney and Court TV correspondent Jeffrey Wolf responds to the death of 8-year-old Secoriea Turner who was shot to death on July 5 in Atlanta, Georgia.

“These riots are the voice of the unheard,” said Wolf. “We need to see local leaders step up and do something.”

“One in four female service members are being sexually harassed or assaulted, and they’re doing nothing about it,” Wolf said.

Julia Leanna Tomlin, the mother of Noah Tomlin whose body was found in July near a trash incinerator, will be charged with murder in her son’s death.

Defense attorney and Court TV correspondent Jeffrey Wolf weighs in on the complexities of parenting, drug and alcohol addiction, and economic inequality.

Mary Kay Letourneau, an infamous teacher who raped a male student and later married her victim, is dead at 58.

Denver defense lawyer and Court TV correspondent Jeffrey Wolf reiterates why the age of consent exists and settles the panel’s discussion: “It’s not a love story.”

Wolf Law is your best option!

I’ve had the privilege of getting Jeff Wolf to represent me in my 1st DUI case. He did a great job explaining the case, the possible outcomes and overall getting good results. I highly recommend his services to anyone who has any moving violation infraction perhaps more and want to have the best results in court. Thank you Jeff.

When I walked into the office I was at a low point I can’t describe. When I talked to Jeffrey Wolf I wanted to hear, “Don’t worry, you’re going to be fine.” Instead I was told the honest truth: I was in serious trouble, but he would fight like crazy to get me the best possible outcome. After thinking about that I realized it was far better to hear the truth rather than a lawyer trying to get my business, and in the end I got exactly what Jeff said: Good advice, an excellent professional defense, and I believe the best possible outcome I could have wanted. I highly recommend Wolf Law.

I had a wonderful experience with Wolf Law firm. Colleen Kelly treated me with the up most respect, gave me solid advice and was there every time I needed her. I highly encourage you to hire her as your attorney should you need one. My experience with her was great.

Jeff Wolf Cares About You as a Person

Jeff Wolf is extremely timely, reliable, and efficient. He cares about you as more than just another case, he cares about you as a person. Jeff worked with me on my out-of-state case and went above and beyond to ensure that I received the best possible outcome.

My name is Matt and I was ordered to register as a sex offender for 10 years. I ended up registering for 15 because the courts make it near impossible to get off the list. I tried on my own more than once and the paperwork for one county alone is enough to discourage someone, let alone four counties. I felt hopeless.

I decided to call Wolf Law and get an estimate. I ended up meeting with Colleen Kelley and she was very helpful. Told me the price, which was very reasonable, and I paid to get started. She warned me that it can take up to a year to get a court date and she was right. For me it took nine months, but when the time came, she represented me well and I finally got off the registry.

Life is so much more comfortable now and less embarrassing. The S.O. title is one of the worst badges of shame one can wear and thanks to Colleen Kelley and Wolf Law I no longer carry that weight. I’m thrilled to feel like a normal guy again.