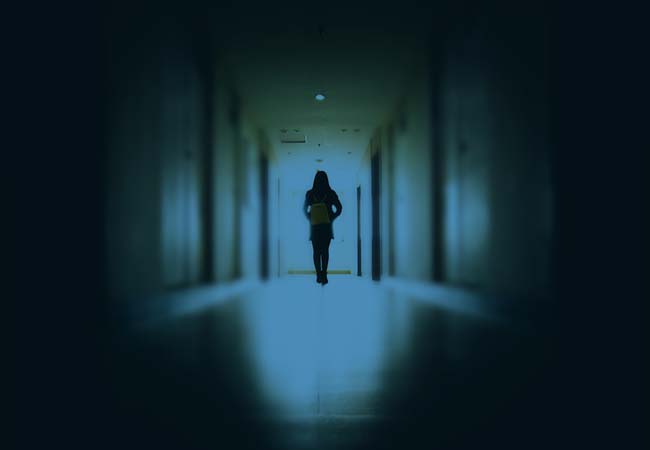 Harassment is one of the broadest charges an individual can face in Colorado, and it’s often used against someone when the police or the district attorney can’t find other criminal charges to pursue.

While many conflicts that result in harassment charges are minor, associated misdemeanor or felony convictions can have life-changing consequences. The Denver criminal defense lawyers at Wolf Law have extensive experience in harassment cases, and we take harassment charges very seriously—even if they stem from a seemingly trivial event.

If you’re facing harassment charges in Colorado, call Wolf Law at 720-479-8574 or contact us online for a free consultation.

How Does Colorado Define Harassment? 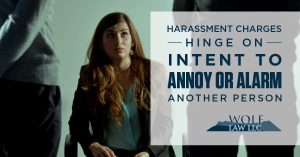 Colorado’s revised statute defines harassment in broad strokes, but it does specify that the perpetrator’s intent must be to harass, annoy or alarm another person.

Once intent is established, harassment may apply to:

Colorado’s harassment statute defines certain terms in more detail. For example, “obscene” is defined as “a patently offensive description of ultimate sexual acts or solicitation to commit ultimate sexual acts…” Whether or not the acts are real or simulated, and regardless of whether the stated acts come to fruition is irrelevant for harassment charges to be filed.

In 2015, Colorado state legislators approved House Bill 1072, also known as Kiana Arellano’s Law. The law is named after a Highlands Ranch teen who was the victim of frequent cyberbullying attacks. She attempted suicide and survived, but was left permanently disabled.

Kiana Arellano’s Law was added to the harassment statute because lawmakers agreed that cyberbullying could transform into criminal harassment. The law prohibits obscene language, or language intended to harass or threaten bodily injury or property damage toward another person, anonymously or otherwise, by: 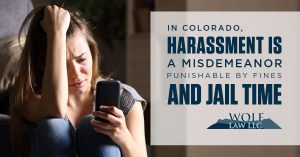 Harassment alone is charged as a class 3 misdemeanor, punishable by fines up to $750 and six months in county jail.

Harassment, however, becomes a class 1 misdemeanor if the perpetrator “commits harassment … with the intent to intimidate or harass another person because of that person’s actual or perceived race, color, religion, ancestry, or national origin.” Class 1 misdemeanors are punishable by up to 18 months in jail and a maximum fine of $5,000.

Although harassment itself is a misdemeanor, it can escalate to potential felony charges. Harassment and stalking, for example, share similarities as criminal acts, but the penalties for stalking are more severe. A first-time stalking charge is a class 5 felony that is punishable by up to three years in jail and a maximum fine of $100,000.

There are several legitimate defenses available to combat criminal harassment based on the circumstances of the charges. Defenses in Colorado harassment cases include but are not limited to:

Colorado’s harassment statute is specific in that it is “not intended to infringe upon any right guaranteed to any person by the First Amendment to the United States Constitution or to prevent the expression of any religious, political, or philosophical views.”

If you’ve been charged with harassment in Colorado, you need a criminal defense attorney who understands the intricacies of the state’s harassment law. Please call Wolf Law at 720-479-8574 or contact us online to arrange your free consultation.

Mr. Wolf Blew My Expectations Out of the Water

After recently facing two relatively serious traffic violations, Mr. Wolf was able to obtain an outcome for my case that far exceeded my expectations. From the initial consultation onward, Jeff was extremely professional, punctual, and confident. Jeff clearly defined our objectives and provided me with some serious peace of mind. I wouldn’t hesitate to recommend Mr. Wolf’s services to any family member or friend in need and couldn’t be more pleased with his representation!

At first I was unsure, working with attorneys can be so stressful and difficult to gauge if they can help you effectively. I used this firm for two different cases and I was glad that they were reasonable and didn’t tell me falsehoods. Straight to the point and don’t promise you rainbows and butterflies. That is what you want: a straight up lawyer who doesn’t give you nonsense. Be patient, they will help you and you can feel like they forgot; but that’s just how this stuff goes. Court cases take time and they have many clients, its nothing personal. When we went to court everything was laid out for me to understand and I think they prepared for each task. Each case was handled professionally and they answered all my questions. Thank you, Cassandra and Colleen

If you’re looking for an amazing lawyer I would highly recommend Jeff Wolf and Wolf Law in general Jeff helped me every step of the way, kept me well informed about what was going on with my case, and was very responsive to every question I had and is genuinely a good dude. I appreciated all of his help and the way he handled my case. I would highly recommend him to anyone who needs a good lawyer cause he’s definitely the way to go thank you again Jeff!

I Was Very Well Represented by Jeff

Regarding a DV assault charge, Jeff was able to have the judge do something he stated he’d never done in any similar case: he deferred my sentence, reduced probation, reduced the amount of classes I would have to take from being many weeks on end to 2 days, and instead of requiring a no-contact order (which would have left me homeless and unable to speak to my partner via any means), he placed me on a no-contact order with alcohol… That alone was the best thing I could hear.

Without going into details of my case, this was the best possible outcome I could have been given, and I’m so happy that I was recommended to him by a fellow law professional that went to school with Jeff. I will be using him again when the time comes to put this case behind me for good, and would recommend him to anyone who needs expert defense, and wants someone to explain your case in simple, yet professional terms. I felt very well taken care of. Thank you again, Jeff!