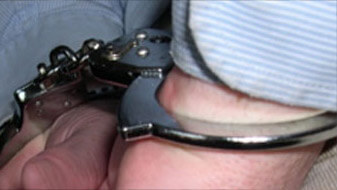 If you’ve been convicted of sex-related crimes in Colorado, you’re aware of the requirement to register as a sex offender with local law enforcement agencies. The same is true if the act was committed in another state and you later moved to Colorado.

You must register annually on your birthday and when you move. The registration requirement remains in effect until the court relieves you of this obligation. You must petition the court to be allowed to deregister from the sex-offender list and they must rule in your favor.

If you believe you may be eligible to deregister from Colorado’s sex offender list, you need to be aware of the law, the process and the type of case you must build. This is difficult to successfully manage without the help of a Denver criminal defense attorney trained and experienced in this area.

Colorado law allows for a person to submit a petition for deregistration after a certain period of time has elapsed following the completion of any sentence or probation. The time period depends on the category of the crime:

There is no opportunity to deregister for:

Remember…only the courts can relieve you of the registration obligation. You cannot stop registering after the specified time period. Presenting your deregistration case to the court is a complex and sensitive matter. It requires significant case analysis and preparation even before the petition process begins.

Wolf Law founder and managing partner Jeff Wolf was featured in a 9News story about a man who was recently convicted in a Denver court of sexual assault, but has so far failed to register as a sex offender:

Wolf Law is your best option!

I’ve had the privilege of getting Jeff Wolf to represent me in my 1st DUI case. He did a great job explaining the case, the possible outcomes and overall getting good results. I highly recommend his services to anyone who has any moving violation infraction perhaps more and want to have the best results in court. Thank you Jeff.

I hired Jeff Wolf to represent me for a DUI and accident involving damages. While I knew I was 100 percent in the wrong, Jeff never once made me feel like a terrible person for making a mistake. He quickly responded to emails and always called me back quickly when I had questions (I had a lot of questions). I’ve never been in trouble with the law before, and Jeff was patient in explaining everything thoroughly to me throughout the entire process, and was also able to get my sentence reduced. I recommend him to anyone going through a similar situation.

Jeff is not only great in the courtroom, but has a sense of caring and true passion for his profession. He takes the time to explain things with a productive attitude. I would highly recommend him and can’t thank him enough.

I had been referred to Jeff from a family member and sure glad I was. Jeff takes his time to make sure I was aware of what is going on. Very kind and professional, great at what he does on helping people. Thank you Jeff for all your hard work.

Also thank you to Cassandra for also handling the DMV side I can’t tank you enough for helping me with that also.

Wolf Fought Hard and I Owe Him for All He Did

I am writing this letter to show how much I appreciate Mr. Jeff Wolf for representing me in my DUI case. When I first visited Mr. Wolf I had all these questions of what is going to happen in the case and to myself. I did have a prior DUI in another state so this was new to me.

I received my DUI in April and finished my court in September. During this time Mr. Wolf had an open door policy if you wanted to visit or maybe answer any questions that I may have had. His personal attention to my case made me feel at ease at all my court appearances.

Mr. Wolf guided me through all the steps that were taking place around my case and all his advice paid off when the day came for my sentencing. Actually, the judge was impressed with all the steps I was doing to remedy my terrible mistake. Mr. Wolf fought hard for me and I owe him for all that he did for my family and myself. I can honestly say that I have found a gentleman that I would recommend to another or help my family with any issues.

The Best Lawyer I’ve Ever Come Across

I got my first DUI in April when I fell asleep in my car because I couldn’t get inside my house. I knew I needed a lawyer to help me fight the case but I was really hesitant on who I wanted to hire. I came across Jeffrey Wolf and I couldn’t be any happier that I chose him to represent me. Jeffrey is not only very professional but he can also relate to you on a personal level. Since it was my first offense I had no idea what to expect or what I was doing. He guided me through the whole process and I was very pleased with the results. He was able to convince the Judge to let me off with 6 months of unsupervised probation and level 1 education classes. Jeffrey is very loyal and a wonderful lawyer, definitely hiring him again if need be.