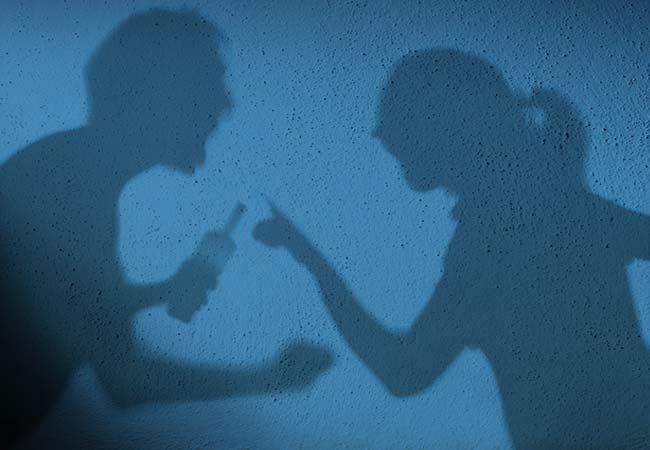 Colorado domestic abuse cases move quickly in our court systems; they’re pushed through as “fast-track” procedures, and without legal guidance, it’s common for victims and offenders alike to feel misrepresented or kept in the dark.

Domestic violence cases have far-reaching implications for victims and offenders:

This is why it’s important for alleged offenders, as well as victims, to understand the nature and implications of domestic violence in Colorado.

Wolf Law has managed hundreds of domestic abuse cases—it’s the area of law where we got started. And while we can’t guarantee a particular outcome for a case, we strive to ensure every client gets the help they need, the representation they deserve, and a fair trial.

Call 720-479-8574 for a free consultation with a Denver domestic violence lawyer.

Domestic violence cases are unique in our legal system. Colorado does not have a specific statute detailing domestic violence the same way our criminal code covers physical assault.

Because of this, domestic violence is not considered a standalone offense and is instead tacked on to other criminal charges. In legal terms, this is called a “sentence enhancer” or an “aggravator.”

According to Colorado revised statutes, “domestic violence means an act or threatened act of violence upon a person with whom the actor is or has been involved in an intimate relationship…”

The criminal code also includes acts of violence against the property; municipal ordinance violations against a person, or his or her property (including animals); and especially when the property is used to coerce, control, punish, intimidate, or exact revenge against a person whom the offender has been involved with intimately.

“… a relationship between spouses, former spouses, past or present unmarried couples, or persons who are both the parents of the same child regardless of whether the persons have been married or have lived together at any time.”

Colorado enforces a mandatory arrest law in domestic violence cases. This means if the police get called to a residence and they determine probable cause, someone is going to jail.

For example, if a harassment charge is alleged by a victim, and it’s found the victim and offender were involved in an intimate relationship (past or present), law enforcement is required to make an immediate arrest to ensure the continued safety of the alleger, as well as the safety of other occupants in a home.

There are no “take backs” with regards to domestic violence allegations.

Once a domestic violence incident has been charged there’s no avoiding certain immediate, legal repercussions:

Facts About Domestic Violence in Colorado

Accusations of domestic violence are not rare in Colorado. According to the National Coalition Against Domestic Violence (NCADV), the frequency and severity of domestic abuse can vary dramatically.

Here are some quick facts every Colorado resident should know:

Share these facts about domestic violence with friends and family, and learn to recognize common signs of domestic abuse.

Common signs of domestic violence include:

Signs of domestic abuse can be shadowy, especially domestic abuse against men. If you or a loved one needs help getting out of an abusive relationship, contact the Colorado Coalition Against Domestic Violence (CCADV) for relief.

CCADV works with a network of advocacy programs throughout Colorado to aid appropriate and comprehensive responses to family violence, domestic violence, and dating violence. If you’re a victim of domestic abuse, the next call you should make is to Wolf Law.

If you have any questions related to domestic abuse, we want to hear from you.

Call Wolf Law at 720-479-8574 for a free, confidential consultation with a Denver domestic violence lawyer or contact us online. 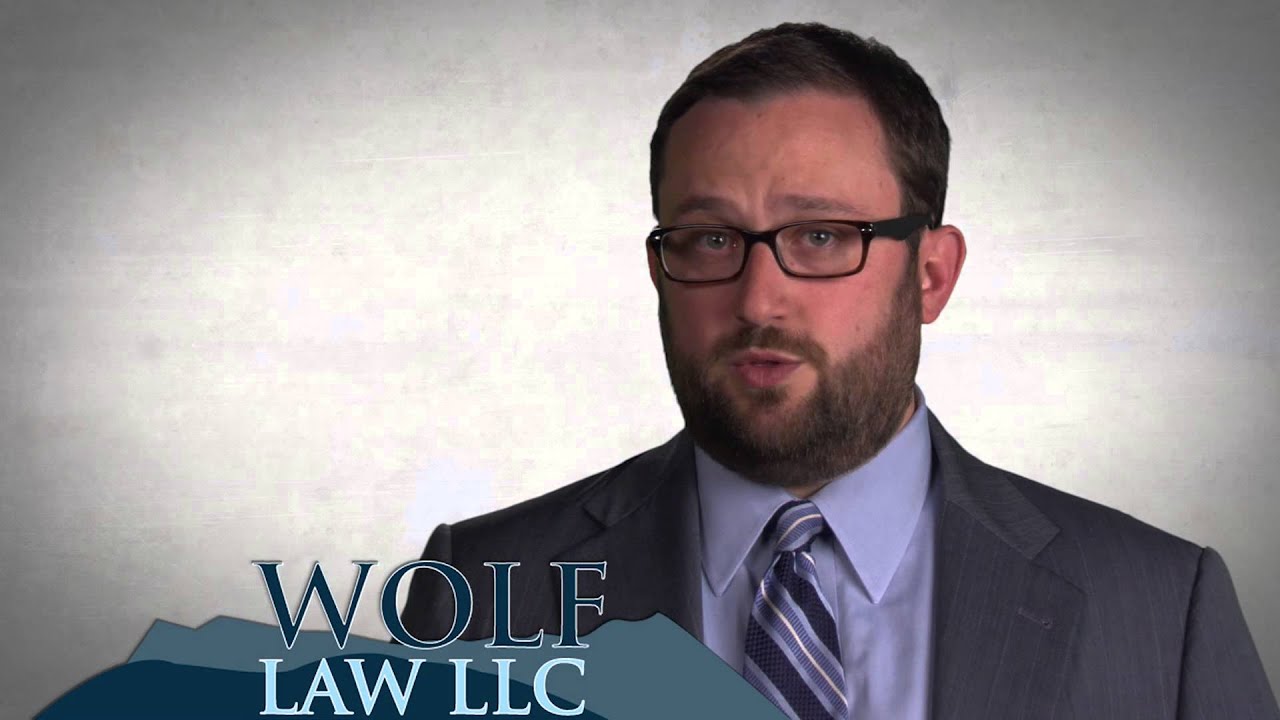 At Wolf Law we handle a lot of domestic violence cases; they are some of the most prevalent in our system. People get charged with domestic violence all the time, and they often need to have an attorney because domestic violence can be very different from most other cases. Some of the ways they’re different is you need to understand that if you are being investigated for, or charged with a misdemeanor or felony domestic violence case, you will be required to spend a night in jail. That’s because the law says that your bond has to be set by a judge in person. So, there are a lot of attorneys out there that tell people they don’t have to go to jail, or they’ll make it so they don’t have to go to jail; they’re wrong! They don’t know what they are talking about. You need to be prepared for that, your attorney needs to be able to help you prepare for that. Another way domestic violence cases are different is that you can’t just expect that if your wife, girlfriend or even a former partner, wants this case dismissed and says it didn’t happen, that the case is going to go away. The law has taken that decision out of their hands. They’ve put it in the hands of the prosecutor, only the prosecutor whether it is a city attorney, district attorney, or any other type of prosecuting agency; they are the only ones that can dismiss a case. They have to be able to stand up in court, under oath and tell a judge that they cannot prove the case beyond a reasonable doubt that is the only way for a case to be dismissed. Another large, large difference in domestic violence cases is that unlike any other case, you can have your prior criminal episodes, prior charges, prior dismissed cases or even allegations when you were never charged or put into the court system can be brought in and used against you. Also, and important to remember is that any domestic violence conviction will trigger the Lautenberg Amendment, a federal law stating that you can never possess a firearm ever again. Your gun rights can be implicated for the rest of your life on a domestic violence conviction. You need to speak with an attorney prior to making any decisions on these cases, because the consequences can be felt for the rest of your life. The reason that I handle so many domestic violence cases is that is where my career started. When I was a public defender at the very beginning of my career the court room I worked in handled all domestic violence cases, all day. Every type of charge you can imagine under the domestic violence statutes are cases I started my career handling. I can’t guarantee an outcome for any of my future clients, but what I can tell you is, is that with my experience in domestic violence, if there is a way out I will find it.

First of all, I would like to thank Colleen Kelley and all the staff at Wolf Law for helping me greatly with my legal matters. I called and was able to get consulted that same day, and the prices are very manageable. Colleen did an awesome job and took her time reviewing all the evidence and negotiating with the DA. In my first case she was able to get the charges completely dismissed, which was very impressive. I had a second case where she got me a deferred judgment deal, which was great considering the charges pending. I am very pleased with her efforts and time spent working on my case. Again, I would highly recommend Wolf Law, giving them 5/5 stars!

In the past few years I have had the unfortunate circumstance of needing a criminal defense attorney. I cannot overstate how fortunate I was to have chosen Colleen Kelley. I can honestly say that without Colleen on my side that I would have been sentenced to significantly more time and more serious charges than were warranted in my situation.

Colleen is undoubtedly a major reason as to why I am free today and able to move on with rebuilding my life. I would without hesitation recommend Colleen to anyone who needs a criminal defense attorney.

Working with Jeff was the best choice I could have made for my circumstances. Not only did he take his time in hearing my side but also those around me. This allowed me to take care of myself as I moved through the legal process and provide the best results possible. Thank You for all the Help Jeff!!

Jeffrey Wolf handled my traffic violation in a highly professional manner, giving it the same consideration and time as a more challenging case, during a very stressful time in my life. As soon as the accident happened, he was there to offer advice and help. He went to court for me, so I would not have to take time off of work to go. His care and concern for my well-being was top-notch. Thank you so much, Jeff!

Jeff provided excellent legal advice and guided my situation to a very desirable outcome. He was in frequent contact via phone and email throughout the process, answered all of the questions that I had, and gave me the ability to confidently choose the best outcome for my circumstances. Legal issues are scary, complicated, and stressful but Jeff reduces all those negatives and makes you feel like someone has your back. Would highly recommend his services if you ever find yourself in need of criminal defense.