In Colorado, sex crimes are taken very seriously. They carry harsh penalties, ranging from 6 months in prison to a lifetime sentence.

Understanding the laws governing sex offenders can get tricky. That’s why we’ve pulled together a list of possible sexual assault charges in Colorado. We’ve also included a brief overview of the typical sentences and penalties associated with each crime.

There are many forms of sexual assault in Colorado. It is commonly defined as an instance in which the defendant knowingly penetrates or sexually intrudes upon a victim using the following means:

A defendant can also be convicted of sexual assault if any of the following are true of the victim: 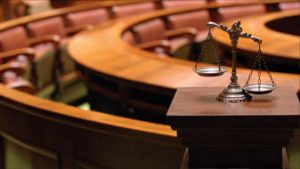 Sexual assault and rape can range from Class 1 misdemeanors to Class 2 felonies, depending on the circumstances under which the crime was committed. Many of these crimes are subject to indeterminate sentencing. This is when the court imposes a minimum sentence but doesn’t require a maximum sentence, meaning that some sentences are lifelong.

Typically, unlawful sexual contact will result in a Class 1 misdemeanor charge and an “extraordinary risk” crime. This ruling is punishable by 6 months to two years in jail.

If the contact is performed by means of threatening, forcing, or intimidating the victim, or if it involves a child or is done under the guise of a medical treatment, it will result in a Class 4 felony charge. This crime is typically punished by a minimum of 2-6 years in prison to a maximum of life in prison. Additionally, defendants are required to register as sex offenders and may be sentenced with probation.

A large majority of Colorado’s sexual assault laws address sex crimes committed against children. These crimes are, unfortunately, fairly common. Equally as unfortunate is that the rate of false accusations in these types of cases is abnormally high.

There are countless different types of sex crime against children. The following four are some of the most common child sex crimes we see as lawyers:

Enticement of a Child

Defendants may be convicted of enticing a child if they attempt or succeed in inviting or persuading a child under the age of 15 into a vehicle, building, or otherwise secluded place with the intent to commit sexual assault or unlawful sexual contact.

Internet Luring of a Child

Internet luring of children is one of the most common sex crimes there is. It’s defined when an offender (4+ years older than the child) uses a computer to describe sexual acts or attempt to arrange a meeting with a child who is 15 years old or younger.

Convictions that are labeled Class 5 felonies will land the defendant in prison for a minimum of 1 to 3 years. If the intent of the action was also to commit sexual exploitation of the child, it will be labeled a Class 4 felony and subject to a sentence of a minimum of 2-6 years in prison to a maximum of life in prison. Both of these crimes require sex offender registration and may result in a lifetime of probation.

Sexual Exploitation of a Child

If the defendant uses a computer to communicate with and entice a child 15 years old or younger to touch their own or someone else’s intimate parts, it results in an internet sexual exploitation of a child charge. This is a Class 4 felony, subject to at least a minimum of 2-6 years in prison to a maximum of life in prison, sex offender registration, and possible lifetime probation.

Sexual Assault on a Child

Sexual assault on a child charges vary greatly based on the age of the child and the defendant. If the child is between 15 and 17 years old and a defendant, who is at least 10 years older and not a spouse of the victim, sexually intrudes on or penetrates the child, it is a Class 1 misdemeanor. This is also an extraordinary risk crime. Offenders may receive 6 to 24 months in jail and be required to register as a sex offender.

If the victim is less than 15 years old and the offender who is attempting sexual intrusion or penetration is at least 4 years older, the crime is a Class 4 felony. The defendant would be sentenced to a minimum of 2-6 years in prison to a maximum of life in prison, sex offender registration, and the possibility of lifetime probation.

The reason so many of these crimes may require lifetime prison sentences is due to the indeterminate sentencing structure of sex offenses in Colorado Revised Statute 18-1.3-1001.  This law requires a judge to sentence someone to a definite minimum term required by the class of felony they are convicted of to a maximum of the rest of their life.  This means that once the person has completed the  minimum number of years ordered by the judge, the parole board will decide when or if they ever are released from prison.

The reason so many of these crimes may require the offender to live under probation for the rest of their lives is the Sex Offender Lifetime Supervision Act of 1998. It requires nearly all Class 4, 3, and 2 sex offenses committed after November 1, 1998 to be accompanied by a sentence of lifetime probation for the defendant.

Whether or not lifetime probation is applied is decided by the court on a case by case basis. It is typically based on the likelihood of the victim committing similar crimes and the relationship between offender and victim.

When to Hire a Defense Attorney

Regardless of your innocence or guilt, if you are being accused of a sex crime it is critically important to speak to a lawyer before you speak to anyone else. Making premature statements to the police, the other party’s attorney, or anyone else without your own lawyer present can immediately tarnish your chances of a favorable outcome.

At Wolf Law LLC, our attorneys understand the potentially severe penalties associated with a sex crime conviction. We’ll take your case as seriously as you do, and we’ll be right there to fight for you every step of the way.

If you need help fighting sex crime charges, or believe you may be eligible for sex offender deregistration, call us at 720-479-8574 to schedule a free consultation.

In the past few years I have had the unfortunate circumstance of needing a criminal defense attorney. I cannot overstate how fortunate I was to have chosen Colleen Kelley. I can honestly say that without Colleen on my side that I would have been sentenced to significantly more time and more serious charges than were warranted in my situation.

Colleen is undoubtedly a major reason as to why I am free today and able to move on with rebuilding my life. I would without hesitation recommend Colleen to anyone who needs a criminal defense attorney.

Jeff Wolf and Cassandra Monahan were wonderful to work with. Very professional and thorough.

Was super helpful and always available anytime that I reached out. He was thorough and did everything that he could to help me out with my high BAC case. There isn’t a silver bullet out there and you likely won’t be lucky enough that somehow the charges go away, so your best bet is to sit with a consultation with Jeff and get your legal defense going ASAP as you work on the items that you can control (education/therapy/MADD panel) and let him handle the court items

I would like to share my experience and recommend Jeffrey Wolf at Wolf Law for their dedication and awesome team. I had recently contacted the Wolf Law firm with a rather challenging case and he was able to get it resolved satisfactorily and for that, thank you.

I contacted Mr. Wolf through a reference from a separate out-of-county attorney’s office. I was very pleased with his professional attitude and staff, but mostly the results he was able to achieve for my case. I would definitely recommend Jeff and hire him again if I ever need to.