In driving school, you’re taught to obey all of the different traffic laws; make a full stop at a stop sign, always use your blinker to signal a turn, yield right of way to pedestrians, and so on and so forth. Most young drivers generally adhere to these rules because the penalties they could face for disobeying them are quite intimidating to a 16-year-old.

But as people get older and gain more experience on the roads, they tend to start to believe that there are some instances where they know better. They begin to think that the rules can be bent to suit their needs or that they may as well break the law, because the odds of being caught are relatively slim.

This may manifest in the form of minor traffic violations, like running a red light, but it also extends to more dangerous crimes, like driving under the influence of drugs or alcohol. 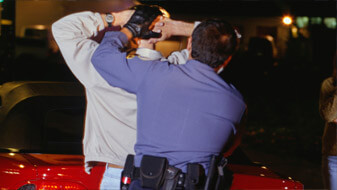 This kind of mentality is one of the many reasons U.S. roads see so many traffic accidents that could be prevented. It’s also one of the reasons that many cities have started to employ the use of speed and red light cameras to catch reckless drivers in the act and swiftly issue them a fine.

The thing about this kind of behavior is, it doesn’t necessarily stop with a fine from a speed camera or even a traffic ticket from a police officer. Few drivers realize that continuing to break the rules of the road could end up securing them a much more severe punishment: a revoked or suspended driver’s license.

In Colorado, there are a plethora of reasons why one’s driver’s license might be revoked. They can be the result of the ramifications of bad or reckless driving, but they can also result from non-driving related crimes. Being aware of these reasons and using common sense can help you prevent a situation that calls for the suspension of your license.

Below are some of the most common reasons your license could be suspended or revoked:

Most of reasons for suspension that we covered above are pretty self explanatory. The only one that takes a little bit more understanding is suspension based on an excess of violation points. Points are awarded to drivers based on convictions for traffic violations. Some violations carry a low penalty of a couple of points, whereas other violations can put you over the points limit after only one conviction.

Whether or not a license is suspended or revoked depends both on the age of the driver as well as the amount of points they have accumulated in a specified time. In Colorado, license suspensions due to an excess of points can be broken down as follows:

Penalties of Driving on a Suspended License

In Colorado, driving on a suspended license will land you with a charge of “driving under restraint.” This is a misdemeanor in our state, and it can carry of sentence of up to six months in custody and can be combined with a fine of $50 to $500.

A second charge of “driving under restraint” within five years will result in you losing your license for 3 more years in addition to the suspension time you were already given.  If the restraint on your license was caused by an alcohol related offense, jail becomes a mandatory minimum 30 days up to six months.

In addition to these penalties for driving on a suspended license, there are several others you could receive:

Applying for a Restricted or Probationary License

In some cases, and mind you those are rare, you may be able to request a limited suspension. This usually allows the driver to drive to work, school, community service, or certain other activities. In the case of a driver who lost their license because of a DUI or DWI, a limited suspension may be awarded if the driver is willing to place an ignition lock system in their car.

This requires the driver to test their blood alcohol content (BAC) before driving. If they’re sober, the ignition will unlock and allow them to drive. If the driver is drunk or possess a BAC over the legal limit, they’re locked out and unable to go anywhere.

As you can probably imagine, a suspended or revoked license will not look good to insurance providers. Once your insurance company finds out, they’re probably going to flag you as a risk. This will, more likely than not, make your insurance rates skyrocket.

The effects of this could last only a little while or they could follow you from insurance company to insurance company. It all depends on which provider you’re with. Nobody wants to pay more in insurance, so it’s best to just not risk driving on a suspended license. With taxis, buses, trains, and rides from friends, there are plenty of other options for you to take advantage of.

After your license has remained suspended for the specified amount of time, you should be able to apply for reinstatement. Keep in mind that the reinstatement procedure may differ depending on why your license was revoked in the first place. It all depends on the crime committed and whether or not this is the first instance of bad driving or you are a habitual offender. In Colorado, you can find out more about your reinstatement on the DMV website or by calling 303-205-5613.

If your suspension was the result of unpaid tickets, failure to pay child support, or an excess of points, you may be able to get your license reinstated in person at one of the Colorado DMV full service license offices.

Get in Touch with an Attorney

The fact of the matter is; you can’t possibly know what the true consequences of running a red light or breaking a traffic law could be. It’s always a good idea not to take chances with this kind of thing but it’s important to know that that split second decision you make on the road could change your life, and the life of someone else, forever.

It could be you or a family member who has had their license suspended or revoked. No matter what the circumstances, it’s always a good idea to consult with a lawyer. The criminal defense attorneys at Wolf Law LLC have navigated this process before. In some cases, we may be able to help you challenge the basis for your suspension or help you negotiate a plea-bargain that can lessen the consequences of suspension or revocation.

Don’t hesitate; you never know what the outcome could be unless you try to change it. Call us at 720-479-8574 or contact us to set up a time to come in and let us review your case ASAP.