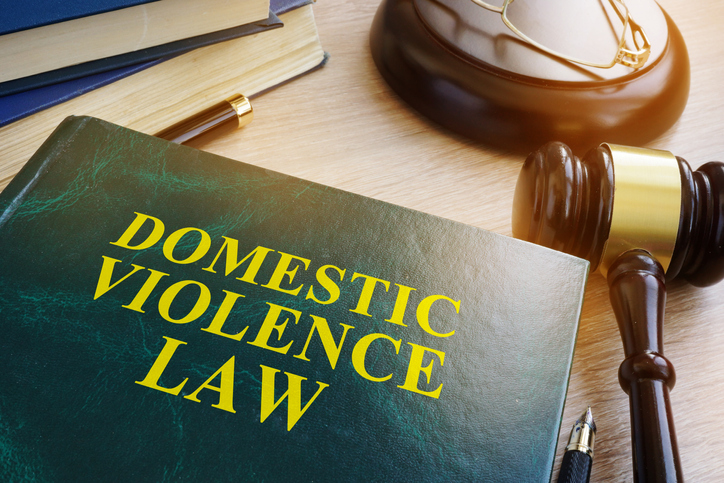 In fact, it’s the area of law where Denver defense attorney and Court TV correspondent Jeffrey Wolf got started.

Get your questions answered by a knowledgeable Denver domestic violence attorney. Call 720-479-8574 today or contact our law firm online.

Answer: According to Colorado revised statutes, “domestic violence means an act or threatened act of violence upon a person with whom the actor is or has been involved in an intimate relationship…”

To clarify, an “intimate” relationship is one between spouses, former spouses, unmarried couples, or parents of the same child.

More broadly, domestic violence is a pattern of coercive or controlling behavior that can include physical, emotional, psychological, sexual, and financial abuse.

Question: If I get arrested for domestic violence, will I have to go to jail? How long will I be there?

Answer: Yes. Colorado’s law enforcement is required to make an arrest when they have probable cause to believe a crime involving domestic violence has been committed.

The fast-track process in domestic violence cases requires arresting officers to complete an incident report the same day a domestic abuse arrest is made.

The defendant will remain in jail without an opportunity to post bail until he/she appears in front of a judge. At this first hearing, the defendant is required to submit his/her plea of guilty or not guilty.

Question: I told the police I didn’t want to press charges. Why did they arrest my partner?

Answer: Because Colorado is a mandatory arrest state, alleged offenders will be arrested immediately, if police believe domestic violence has occurred (i.e., police can’t walk away, even if the victim doesn’t want their partner arrested).

Police rely on indicators such as intimidation and revenge to determine probable cause in Colorado domestic violence cases. If police suspect any of these indicators (to any degree), they must make an arrest.

Police may also investigate the extent of injuries, previous complaints of domestic violence, and assess the risk of future harm.

Colorado’s mandatory arrest policies are controversial. Some argue they deter victims from reporting abuse to avoid sending their partner to jail.

What’s important to understand is that domestic violence cases can’t be dismissed by the courts if the accuser doesn’t want to press charges. There are no ‘take backs’ when it comes to domestic violence.

Question: What immediate protections are available to victims?

Answer: When a person is arrested for domestic violence, a mandatory restraining order is issued to protect the alleged victim and to prevent contact between the two parties.

The court may also issue other protective orders to protect children or property like a family home.

Colorado also has a unique restraining order called an extreme risk protection order (i.e., red flag law), which forces a defendant to give up their firearms if they’re believed to be at risk of committing gun violence against themselves or someone else.

Question: What are the penalties for domestic violence in Colorado and how are they calculated?

Answer: Domestic violence is not considered a standalone offense and is instead tacked on to other criminal charges. In legal terms, this is called a “sentence enhancer” or an “aggravator.”

The criminal act itself, such as harassment, assault, etc., will determine whether the crime is classified as a misdemeanor or felony.

What’s more, multiple domestic violence charges lead to more severe penalties. Individuals with three prior criminal convictions involving domestic violence will be labeled a habitual domestic violence offender—a Colorado class 5 felony, which includes one to three years in prison and/or a fine of up to $100,000.

Question: How common is domestic violence in the United States?

Answer: In a recent survey conducted by the National Network to End Domestic Violence, 77,226 adults and children reported receiving essential, life-changing domestic violence services, on a single day in the U.S., in 2019.

It’s estimated that nearly one in four women will experience domestic violence in their lifetime and approximately one in 10 men.

Sadly, the difficult truth about domestic violence is that most incidents are never reported.

According to a report published by the U.S. Department of Justice, less than half (45 percent) of violent victimizations are reported to the police.

If you or a loved one was arrested for suspicion of domestic violence, the Denver criminal defense attorneys at Wolf Law are here to help you understand your options and protect your rights.

Please call us today at 720-479-8574 or contact us online to arrange your free consultation.