Wolf Law is a full-service criminal defense law firm for the Denver metro area and the state of Colorado. Jeffrey Wolf and Colleen Kelley established Wolf Law as the preeminent law firm providing excellent and compassionate representation throughout Denver and Colorado.

Many people find themselves either being investigated for or charged with criminal offenses in Colorado and the questions often outweigh the answers. Wolf Law is the beginning of finding the answers and solutions to your questions and problems. The attorneys at Wolf Law have vast experience throughout the Denver metro area in Municipal, County and District courts.

Whether you are being investigated, charged or are at any stage of the criminal process, contact Wolf Law and speak to one of Wolf Law’s criminal defense attorneys immediately. Wolf Law will provide a free initial consultation to assess your specific situation and help to find the solutions you need.

The Denver criminal defense attorneys at Wolf Law provide aggressive and compassionate representation in a variety of criminal and traffic cases that include felony, misdemeanor and municipal charges. If you or a loved one faces criminal charges in Colorado, please call 720-479-8574 to schedule your free consultation with one of our experienced lawyers.

Jeffrey handle my domestic case with sympathy and understanding. He reviewed all the facts and found that l was actually the victim in his opinion and never should have been put in the position l found myself. He reviewed his findings/opinion with the DA and got my case dismissed. Jeffrey was very thorough, sympathetic and a pleasure to work with. I would highly recommend him.

Hire A Lawyer You Can Relate To and Trust

I happened to find Jeff through a Google search for a DUI lawyer and I would have to say I really lucked out. I had heard horror stories about attorneys that overcharged their clients and that they would send others to represent them in court. From the initial phone call he helped me understand the process and prepared me for what was ahead. Having never needed a lawyer he was patient and made sure I understood everything before making any decisions. Jeff always made me feel like I was on the same level as him which I really appreciated. Jeff always prepared me for the worst, but in the end with his hard work and suggestions beforehand he managed to get me a pretty good deal. The best advice I could give is to be informed and START EVERYTHING right away. I would also say to hire a lawyer that you can relate to and that you trust. Don’t waste your money on someone that isn’t going to give you the personal attention you deserve. I would gladly recommend Jeff Wolf! He is down to earth and I never felt judged. He gave it to me straight and without hiring him I don’t know where I’d be. Thanks Jeff!

Ms. Kelly was a professional rock for us!

We found ourselves in an unimaginable situation with criminal charges pressed against my husband relating to a firearm. We were both petrified. Especially with the gun climate we find ourselves in. Neither of us had ever been in trouble with the law and after a terrible accident, we found just that. Ms. Kelly is extremely professional and knowledgeable of the legal system. She took the time to explain everything to us and prepare us for what would follow.

We are happy with the outcome of the case and would highly recommend Ms. Kelly to anyone who may find themselves in our situation.

Jeff was with me from Day 1 after getting pulled over for an accused DUI charge. Jeff’s knowledge of the process and responsiveness to my questions, concerns were impressive. His professionalism to me and in court was excellent. Jeff truly made this stressful and emotionally taxing situation 100 times better. I am grateful he was referred to me. I would definitely recommend Jeff if ever faced with a driving-related charge. Jeff will be my first call in the future for any legal counsel (which hopefully, is never again).

Would Have Been Lost Without Wolf Law

I was charged with my first DUI and was referred to Jeff by a friend of mine. He gave me a realistic expectation of what would happen and is an expert at navigating the process. Jeff is always incredibly quick to respond and is very knowledgeable. He is professional and represented me well in the courtroom. The experience of being charged with a DUI is a terrible, humiliating and challenging event – having an experienced attorney was priceless!

I would like to place on record the immense appreciation for Ms Colleen Kelly, Partner at Wolf Law LCC. I had an opportunity as a Solicitor to interact with her on behalf of one of my clients in a DV Matter. Her professionalism and knowledge of law is absolutely outstanding. She is extremely honest and straightforward in her legal advice. She always keeps the interest of the client a priority and safe guards the interest of the client at all times. She is an asset to the legal team and adds value with her expertise and knowledge.

It’s summer, which means more Colorado residents are enjoying the great outdoors, attending concerts, and getting together with family and friends. Sometimes parties end up involving alcohol and other substances,...

Colorado’s sex crime laws are complex and include a range of potential outcomes, from misdemeanor charges to felonies. A conviction for a sex crime can affect an individual’s reputation, finances,...

This is Part IV of a four-part series published by Wolf Law, LLC, which aims to highlight and discuss flaws in the U.S. criminal justice system. This series is meant... 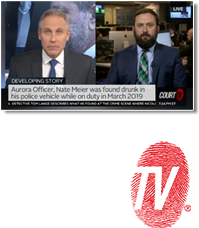