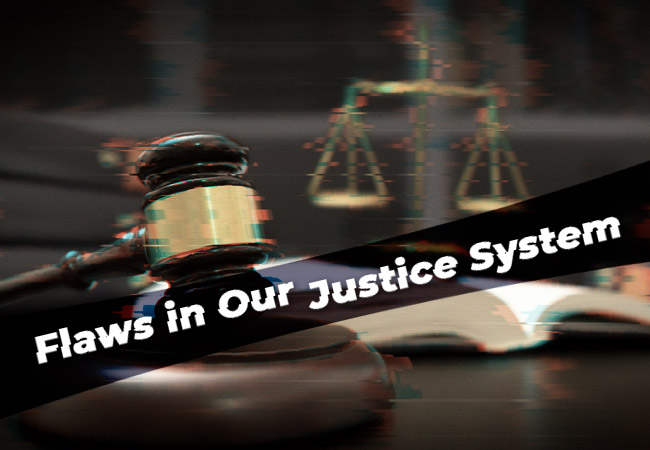 This is Part III of a four-part series published by Wolf Law, LLC, which aims to highlight and discuss flaws in the U.S. criminal justice system. This series is meant to be informational only and is by no means an exhaustive list of every flaw or injustice. We hope examining these topics will help everyone (not just those entangled in the criminal justice system) bring awareness to disparities that adversely impact individuals, families, and the community at large.

Sometime after midnight at the Bay Harbor Pool Room in Panama City, Florida, an unknown person broke down the door and smashed a cigarette machine; they shattered a record player and then stole money from a cash register. In the morning, a witness reported that a man named Clarence Gideon was seen in the pool room, and he was allegedly carrying a bottle of wine, a Coke, and change jangled in his pockets. Gideon was later arrested and charged by these accusations alone.

Gideon appeared in court without an attorney. He muddled through his defense, as he was too poor to afford defense counsel. Even though he asked to be properly represented, the court would not appoint Gideon a lawyer, and he was subsequently found guilty and sentenced to five years in state prison.

Gideon filed a petition claiming unlawful imprisonment. Specifically, he claimed his Sixth Amendment right had been violated because the judge had refused to provide him counsel. Gideon would go on to appeal to the U.S. Supreme Court against the Secretary of the Florida Department of Corrections, claiming the Fourteenth Amendment, which secured his Sixth Amendment rights at the state level, had been violated when he was denied legal representation.

In a unanimous decision, the U.S. Supreme Court found in favor of Gideon, ruling that legal assistance is “fundamental and essential to a fair trial.” The landmark case, known more commonly as Gideon v. Wainwright, expanded the need for public defenders and made them fundamental to due process.

“Lawyers in Criminal Courts Are Necessities, Not Luxuries.”

Gideon’s story is an important one to tell—he received a new trial with legal representation and was acquitted of all charges.

But his legacy, in part, remains unfulfilled, as the quality and access of defense services varies widely across the country. Moreover, public defenders struggle under excessive caseloads and many offices lack funding and important resources to ensure justice and fairness for all.

In Colorado, the Office of the State Public Defender (OSPD) is an independent entity within the Colorado Judicial branch. Their singular purpose is to represent indigent persons, including juveniles, who are under arrest for or charged with crimes where there is the possibility of being jailed or imprisoned. Across Colorado’s 22 judicial districts and 64 counties, their offices consist of several regional trial offices and one appellate division. There are fewer than 500 public defenders working in the state of Colorado.

State law requires that the OSPD represent indigent persons without charge, and their office determines financial thresholds for eligibility. Specifically, the OSPD evaluates three factors to determine if an applicant is eligible for representation by a public defender:

According to one report, Denver is “far out of compliance with the American Bar Association’s standards for caseloads for indigent defense.” Specifically, excessive caseloads and understaffing can negatively impact defendants and their case outcome.

To be sure, public defenders are not bad people and most are doing their best to uphold professional and ethical obligations. Unfortunately, in many cases, public defenders are juggling hundreds of cases at a time, which means they may only spend a few moments reviewing a case or speaking with the defendant.

In other cases, an assigned public defender may lack the resources necessary to prepare a strategic defense. Interviewing witnesses, hiring expert investigators, and reviewing important evidence takes time and money, a luxury few public defenders have to dedicate to any single case.

Plea bargaining is an arrangement between a prosecutor and a defendant whereby the defendant pleads guilty to a lesser change in exchange for leniency.

In many cases, plea bargaining is a useful and necessary tool used by defense counsel to secure an optimal outcome for their client.

However, there are documented reports that public defenders are often rushed to plea bargaining when excessive caseloads make it nearly impossible to seek alternative resolutions.

Importantly, even if a defendant hires a paid criminal defense lawyer, a plea bargain is still likely. However, paid defense attorneys can dedicate more time and resources to a case, which can improve the defense’s negotiating power at the bargaining table; it also ensures more access to the attorney and, typically, more transparency about each unique step in the legal process.

Public defenders are an important and essential component to due process, but the systems that fund and organize these offices still face adversity.

If we’ve learned anything from Gideon’s case, it’s that legal counsel can make all the difference in the outcome of a case. While there’s work to be done still, Gideon’s legacy points the way.

Wolf Law invites you to share your thoughts about Part III of this series online. For legal news, Court TV commentary, and much more, join the conversation on Facebook.