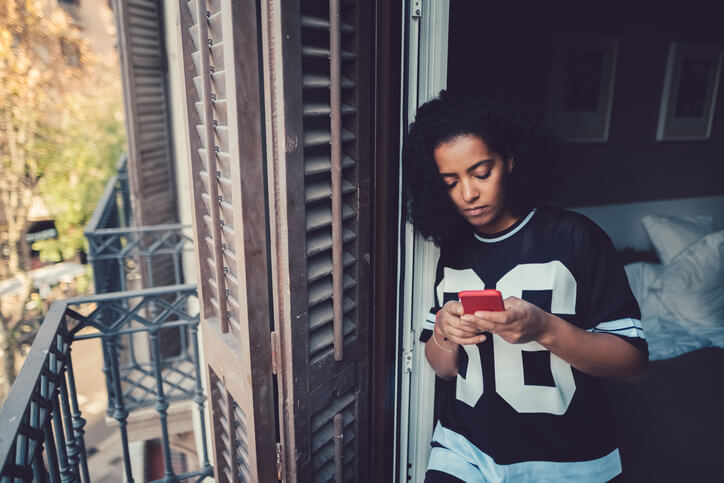 Sexting is the transmission of sexually explicit images, videos, or messages by text or email, most often via mobile phone.

Sexting between consenting adults is not a crime, but when a minor is involved the criminal ramifications can be far-reaching.

As sexting becomes more common, an increasing number of states—including Colorado—have adopted laws that address sexually explicit electronic messages in which minors are senders or recipients. In this post, the Denver criminal defense attorneys at Wolf Law take a closer look at Colorado’s sexting law and how it relates to other sex crime charges.

Consenting adults can lawfully sext in Colorado. However, adults who send or receive sexually explicit messages from a minor (a person under age 18) can face criminal charges and serious consequences.

Sexting can also implicate adults in a range of internet crimes.

For example, if an adult exchanges sexual messages with a minor intended to encourage a meeting, the adult could also face an internet luring charge.

Charges involving the sexual exploitation of a child are accompanied by severe penalties. Depending on the circumstances and the individual’s criminal background, offenders may face up to 12 years in prison and fines up to $750,000.

First-time adult sexting offenders who possess a few still images often face Class 5 felony charges. Penalties for a Class 5 felony in Colorado include one to three years in prison and/or a fine of $1,000 to $100,000.

Repeat offenders and those in possession of specific types of materials face stricter penalties. Sexual exploitation of a child increases to a Class 4 felony if:

An adult’s involvement in making or distributing child pornography is a Class 3 felony. Penalties for a Class 3 felony in Colorado include four to 12 years in prison and/or a fine of $3,000 to $750,000. Those convicted of the sexual exploitation of a child will also be required to register as sex offenders.

In 2017, Colorado adopted a teen sexting law designed to mitigate felony charges among minors engaging in reciprocal sexting with other minors. Prior to the new law, the only option for criminal sexting charges for minors was felony exploitation of a child.

The law created a tiered system that distinguishes consensual messages between teens from the abusive or malicious exchange of sexually explicit images, videos, or messages. The law details three specific offenses: exchanging, possession, and posting.

Possession occurs when a minor knowingly possesses an image of another person who is at least 14 years old or less than four years younger without consent.

Posting occurs when a minor knowingly distributes, displays or publishes the image of another who is at least 14 years old or less than four years younger without permission; or, distributes, displays or publishes an image of himself or herself and the recipient didn’t request it and suffered emotional distress; or, the poster knew or should have known that the depicted person had a reasonable expectation of privacy.

Exchanging is a civil infraction that may require enrollment in educational programs or a fine up to $50.

Posting is a Class 2 misdemeanor and is punishable by up to 12 months in jail and/or a $1,000 fine. Posting may be enhanced to a Class 1 misdemeanor if:

The Denver criminal defense lawyers at Wolf Law understand the potentially life-changing impacts of sexting-related charges, and our attorneys have extensive experience in cases related to sex crimes.

If you or your teen is facing criminal charges, please call us today at 720-479-8574 for a free case consultation or contact us online.