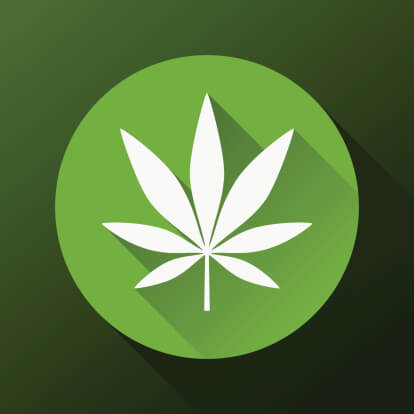 Colorado has always been a fairly progressive and open-minded state. We were the first state to pass the “Right to Try” bill, allowing terminally ill patients access to experimental drugs that have not yet been approved by the FDA. We also became the first to pass regulatory laws regarding how Uber and Lyft operate within the state.

So what’s the deal with recreational marijuana laws in Colorado? Well, it’s fairly simple: adults who are 21 or older (and residents of Colorado) can possess up to one ounce of marijuana for personal use. Consuming marijuana must take place on private property, and only with the permission of the property owner. That means most consumption takes place in the privacy of the user’s home, seeing as very few businesses allow marijuana to be consumed on their property.

A few more of the basics of Colorado recreational marijuana law include:

If you’d like to learn more about the details of marijuana law, Colorodo.gov has a wonderful FAQ page that can answer many of your questions.

For the first year of it’s legalization, the state government projected that new marijuana tax revenue would total $70 million. Unfortunately, they fell short, reaching only about $44 million in new tax revenue. Despite not meeting the goal, that’s still a substantial amount of money, and the popularity of recreational marijuana has only improved since the end of 2014.

The state hopes to reach $125 million by the end of 2015, and it looks as though things are on track to meet that goal. As of July, 73.5 million dollars had been collected in marijuana tax revenue. Assuming that trend continues through the rest of the year, Colorado will easily meet and even surpass projections for 2015.

Where Does Marijuana Revenue Go?

A question that a lot of folks from both inside and outside Colorado are asking is: where is the money going? It’s not an unreasonable question, considering that recreational pot is still controversial in some parts of the country, not to mention the fact that almost $700 million worth of marijuana was sold in Colorado in 2014.

The short answer to the question is: lots of places. The funds raised in 2014 went to worthy causes like youth prevention, substance abuse treatment, and public health.

The interesting thing about Colorado is that the state government is limited in terms of their ability to spend this particular tax revenue thanks to a 1992 amendment to the Colorado state constitution. The amendment was conceived with the goal of controlling government spending and comes into play when tax collections for new, voter-approved taxes rise faster than expected.

Not only does this create some checks and balances when it comes to marijuana revenue, it also has the added benefit of actively involving Colorado voters in the process. Voting to refund the money would have resulted in an $8 per person tax credit. Since the return to the general public would be quite small, it comes as no surprise that in early November, Coloradans voted that lawmakers should keep the money and use it for a worthier cause.

We now know that $40 million of 2015’s revenue will go towards school construction. An additional $12 million will be set aside to use for substance abuse and youth drug education programs. That leaves $14.1 million, which will go into various accounts controlled at the discretion of Colorado lawmakers.

The Future of Recreational Marijuana

As with any ground-breaking movement, the most common topic of discussion is, “what’s next?” Given the success of recreational marijuana, and how much it’s done to improve vital parts of Colorado’s infrastructure, it’s unlikely that it will go away any time soon. While the movement to legalize weed has definitely not been supported by the federal government, they aren’t doing as much as they could be if they wanted to squash the revolution entirely. And with more states jumping on the marijuana bandwagon, pushback from the feds could get pretty messy.

The truth is, there’s no predicting what will happen to Colorado’s marijuana industry in the long term, but we can say with a degree of certainty that it will continue to expand. For the time being, Colorado is an industry leader, which puts us in a unique position to educate others and vouch for the success that legalizing marijuana can bring a state.

Colorado lawmakers and marijuana supports see education as being extremely important. Just two weeks ago, Colorado held its first-ever Marijuana Management Symposium. The event hosted legislators from 10 other states, Washington D.C. and Yvette van Groenigen, an advisor for the mayor of Amsterdam. It was designed to be a resource for “anyone who is, or will be responsible for implementing marijuana policies and regulations at the local and state levels.” It’s an opportunity; not to advocate for legalization per say, but to share the knowledge that Colorado officials have gained over the past two years of successful management and enforcement.

Dispensary owners in Colorado are gearing up for the future as well. With the possibility of other states voting in favor of legalization, particularly California, growers and distributors are starting to think about the next steps. Medical marijuana has been around in California since 1996, but passing laws for recreational marijuana would take the state’s industry to a whole new level. The Marijuana Policy Project of California is working to put marijuana on the 2016 ballot and, while this would draw attention and revenue away from Colorado, established dispensaries will have to consider whether or not to expand their ventures into The Golden State.

It may be legal for anyone over 21 to smoke marijuana while in Colorado but, as we’ve already stated, that doesn’t give you free reign to smoke wherever you please. Visitors and residents alike have thought they’d get away with a quick smoke in a quiet alley or public park, only to find themselves the recipients of a ticket courtesy of the Police Department. Employing simple common sense makes it easy to avoid situations like this and our 4/20 Safety Tips can lend a helping hand as well.

It’s not just where you smoke that can get you in trouble though. There are still a number of marijuana related criminal charges you could face, from possessing more than is allowed to driving under the influence. If you find yourself facing criminal charges for marijuana possession, sale, cultivation, or a DUI, talk to the attorneys at Wolf Law LLC. We’re abundantly familiar with Colorado Marijuana Law and can work with both felony and misdemeanor charges. Let us evaluate your case today; call us now at 720-479-8574.