If you’re arrested for suspicion of driving under the influence of alcohol or other drugs in Colorado, you will be asked to take a chemical test in accordance with Colorado’s express consent law. END_OF_DOCUMENT_TOKEN_TO_BE_REPLACED

Last year, Colorado lawmakers tightened their grip on habitual drunk driving. A new law, which took effect in August 2017, requires anyone convicted of a felony DUI to spend time behind bars.

This new regulation follows the on the heels of a 2015 law that made a fourth DUI offense and any subsequent DUI offenses a felony. The most recent change was intended in part to close some loopholes associated with the 2015 law, but critics of the updated felony DUI law argue that mandatory incarceration for drunk drivers could disrupt rehabilitation for individuals with genuine drinking problems. END_OF_DOCUMENT_TOKEN_TO_BE_REPLACED

Driving under the influence (DUI) refers to operating a motor vehicle while intoxicated by alcohol or other drugs.

DUI charges and related driving while ability impaired (DWAI) charges are serious, and they can have life-changing impacts. The Denver DUI defense attorneys at Wolf Law have managed hundreds of DUI cases, and here we share answers to some commonly asked questions about DUIs. END_OF_DOCUMENT_TOKEN_TO_BE_REPLACED

“‘What do we talk of marks and brands, whether on the bodice of her gown, or the flesh of her forehead?’ cried another female, the ugliest as well as the most pitiless of these self-constituted judges. ‘This woman has brought shame upon us all, and ought to die. Is there no law for it? Truly there is, both in the Scripture and the statute-book. Then let the magistrates, who have made it of no effect, thank themselves if their own wives and daughters go astray!’”

If he only knew what the Colorado State Patrol was up to today. END_OF_DOCUMENT_TOKEN_TO_BE_REPLACED 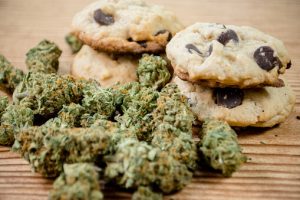 Since the legalization of recreational marijuana in Colorado in 2014, producers and dispensaries have been getting creative with new ways to consume cannabis. Nowadays, you can get cannabis flowers, vape juice, topical creams and more. But perhaps more popular than any of these are edibles. END_OF_DOCUMENT_TOKEN_TO_BE_REPLACED

People have tried some creative methods to beat the Breathalyzer, and most have failed. END_OF_DOCUMENT_TOKEN_TO_BE_REPLACED

No one should ever drive drunk. Unfortunately, alcohol inhibits the decision making process and leads many people to drive drunk anyway.

According to Mothers Against Drunk Driving (MADD), over 300,000 people drive drunk every day. In 2014, there were more than 1.1 million DUI arrests in the United States and about one-third of those drivers were repeat offenders.

In Colorado, 28,198 people were arrested for DUIs in 2015. Though this is a small fraction of our state’s population, it’s not a small number of drunk drivers. This is substantial when you consider the fact that only 1 percent of all drunk drivers are actually arrested.

The best way you can protect yourself from getting a DUI is to drink responsibly and call for a ride. But, if you do make the mistake of driving drunk, here is what to expect if you are charged with DUI. END_OF_DOCUMENT_TOKEN_TO_BE_REPLACED

With so many types of drugs out in the world, it’s difficult to remember how the federal government classifies them all. Feel free to share this infographic if you find it useful. END_OF_DOCUMENT_TOKEN_TO_BE_REPLACED

The law has never had a reputation for being “tech savvy.” Ours is a rapidly changing world. Technology and culture are often a few paces ahead of the law, which can’t change until a big group of legislators or judges comes to a consensus. As a result, the law is usually scrambling to keep up with technology.

But things are a little different when it comes to marijuana use in Colorado. At least in terms of testing, it’s the technology that has yet to catch up with the law.

END_OF_DOCUMENT_TOKEN_TO_BE_REPLACED

Over the years of roadside sobriety testing, there have been many who have tried to “beat” the system with one trick or another. However, while the breathalyzer may not be the perfect test, there has yet to be a proven way to pass a breathalyzer. Below are some of the most common myths about how to beat a breathalyzer– some don’t work at all, while some may actually make you test higher on your roadside test. The only way to “beat” the breathalyzer is to drink responsibility. If you get yourself in a pickle, don’t try eating your underwear… Call a DUI lawyer instead! 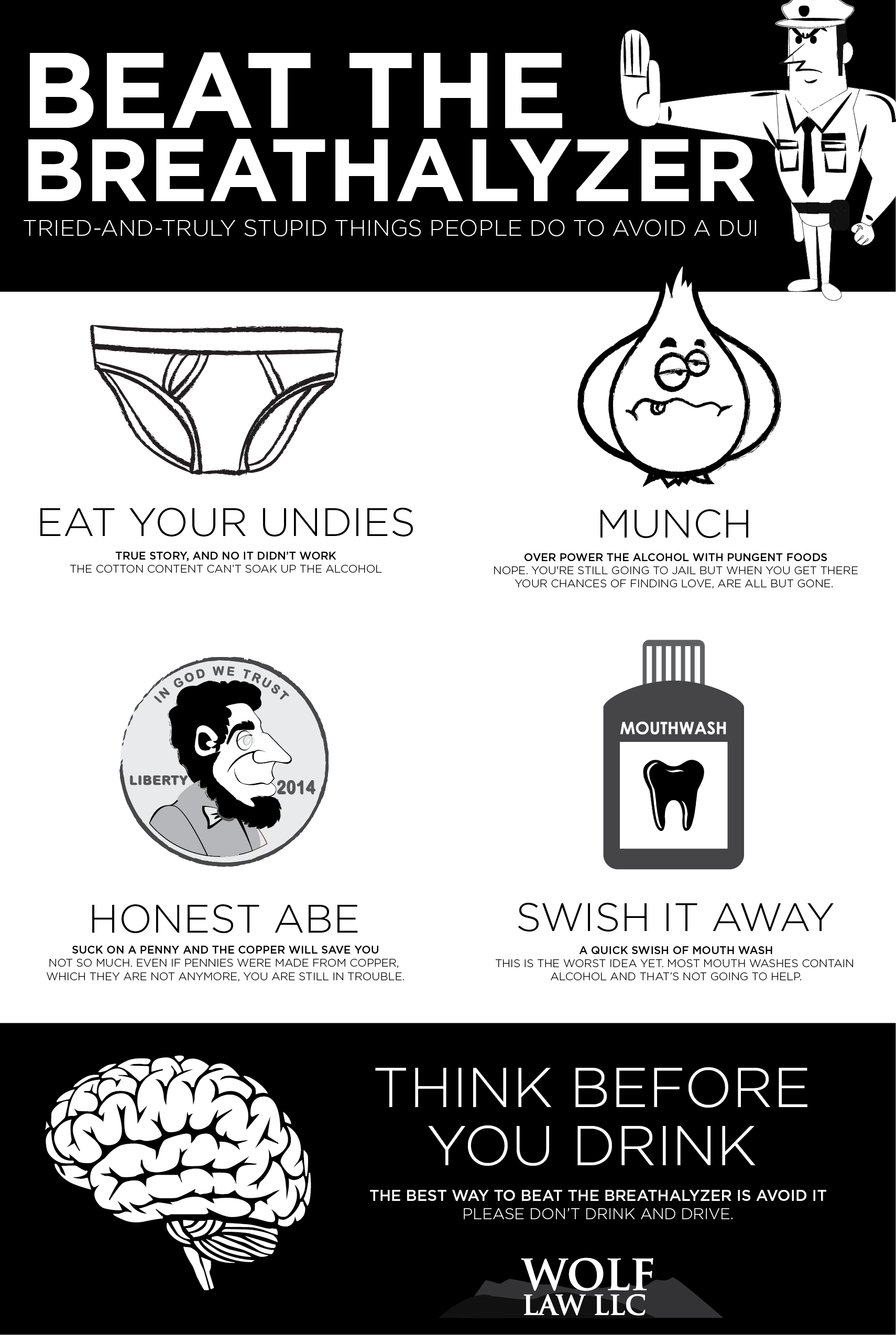