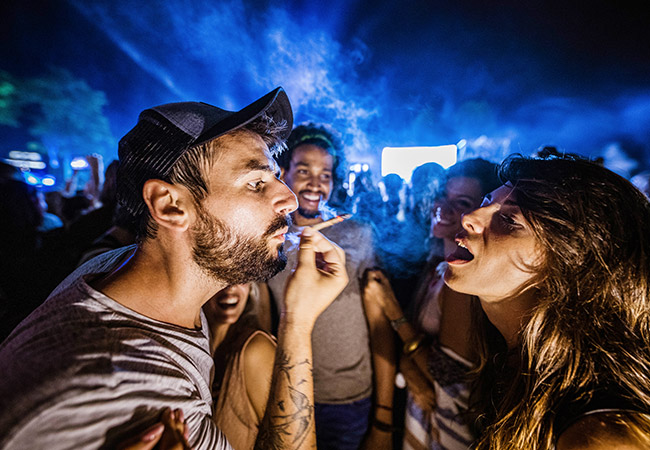 Denver is lifting capacity limits and distancing requirements in nearly all settings and is also relaxing face-covering mandates across the state.

But before you (or your teens!) hit the street to party hard with friends again, take a moment to review Colorado’s drug laws to help avoid charges that are often related to popular summer activities like parties, concerts, and traveling.

Remember: What you don’t know about Colorado’s drug laws can hurt you. If you need a drug defense lawyer, you need Wolf Law. Call 720-479-8574 for a FREE case evaluation or get in touch online.

Under the Controlled Substances Act, the federal government—which has largely relegated the regulation of drugs to the Drug Enforcement Administration—puts each drug into a classification, known as a schedule, based on its medical value and potential for abuse.

The following drugs/substances/chemicals are strictly regulated, and if you get caught with them (or without a prescription, in some cases) you could face criminal charges in Colorado:

Schedule IV drugs are typically prescription products that have a high street value and a tendency to be abused…things like: Xanax, Valium, Soma, and Ambien.

Last year, in March, Colorado’s House Bill 19-1263 was signed into law and effectively defelonized the possession of small amounts of Schedule I and Schedule II drugs.

Under the new law, individuals caught with less than four grams of scheduled substances will face a misdemeanor instead of a felony.

By removing felony charges from personal drug possession and use, it will give defendants the opportunity to seek treatment for addiction rather than going to jail.

That being said, misdemeanor charges should still be taken very seriously. In addition to probation, fines and/or jail time, a misdemeanor conviction can result in unexpected consequences including employment challenges, housing issues, and license suspension.

A Few Reminders About Marijuana in Colorado…

Marijuana possession laws are the same for all types of retail marijuana including concentrates and edibles.

Marijuana (including concentrates and edibles) may not be consumed openly or publicly in Colorado. Prohibited public spaces include (but are not limited to):

What’s more, marijuana possession and/or use is still illegal on federal lands; meaning, weed is prohibited at National Parks, forests, and monuments as well.

It is illegal to give or sell retail marijuana to anyone under the age of 21. If you are between the ages of 18 and 21 and would like to purchase marijuana, you will need to apply for a medical marijuana card.

And while it’s okay to transport marijuana in your vehicle, it must be in a sealed container and it may not be consumed in the vehicle. Further, you can’t cross state boundaries with marijuana and it’s prohibited at Denver International Airport.

Importantly, it’s possible to get a DUI after smoking weed, so just like alcohol, never drive after consumption. Anyone with five or more nanograms of THC in his or her blood can be arrested for DUI in Colorado.

Generally, all Colorado drug charges fall into three categories: petty offenses, misdemeanors, and felonies. Drug penalties depend on the offense or act committed, the type of drug, and the drug amount involved in the charges.

And while misdemeanor sentencing can be harsh, felony drug charges are much worse. Felonies are the most serious drug offenses and are punishable by lengthy prison sentences and hefty fines. For example, drug distribution to a minor (in ANY amount) qualifies for mandatory minimum sentencing from 8 years up to 32 years and fines up to $1 million.

Sentencing is also determined by a range of factors that can be either “presumptive” or “aggravated.”

Presumptive sentencing is most common and the default sentencing range; however, aggravating factors, such as the offender’s criminal history, parole status, etc., may persuade a judge to apply an aggravated sentence, which favors tougher sentencing and fine requirements.

Aggressive Representation—Knowledge You Can Trust

There’s nothing wrong with wanting to have a good time, but it’s important to understand Colorado’s legal boundaries to avoid preventable drug charges.